2019 ended and was a year of unforgettable events. “Avengers Endgame became the highest-grossing film of all time, also an all-time favorite”. “Chandrayaan-2, Vikram lander, made a ‘hard landing’ on the moon”. “Ayodhya Ram Mandir case judgment”. “Delhi recorded the poorest air quality in 3 years”. “The Lok Sabha passed the citizenship Amendment bill”.

But, we’re not here to talk about movies, bills, city, or any judgment. We’re here, to talk about online advertising. And specifically, we’re here to smash down the latest Google Ads updates of this year.

Without further agitation, let’s jump in.

1.The casting of Hotel Campaign

A hotel campaign helps you to show ads whenever a people or traveler searches for a hotel on Google search engine, maps, or any partner. After searching for the hotel the ads will appear in a hotel search segment that shows the name, photos, conveniences, up-to-date prices, map, and a link to book the hotel. 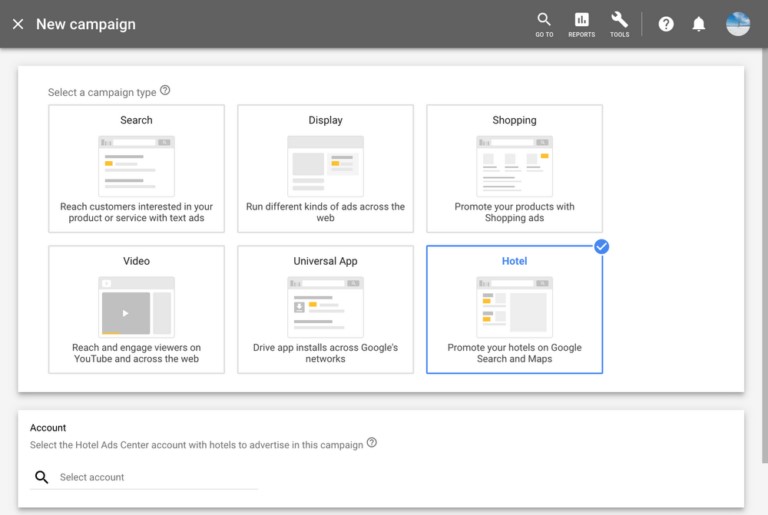 .  Up-to-date price for a different course

.  A landing page when users click on your ads

You have to link all the above items of your hotel center account with your Google ads account. And if you’re an existing hotel partner, then you have to migrate to Google Ads.

.  It will attract travelers who are actively looking for a hotel in a particular area.

.  Show hotel prices based on the hotel’s availability and traveler’s plans.

.  Send the customer to a website to book hotels.

.  Pay only when someone books a hotel. 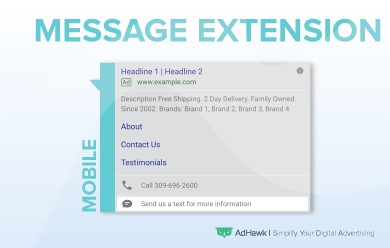 Message extension lets potential customers send you a text message right from your ad and contact you for the service.

Google is removing the Message Extension from the campaign. You will not be able to create message extensions.  It will stop showing in February 2020.  Message extensions will be available till December 2020 because Lead form extensions and call extensions also full-filling the same motive. 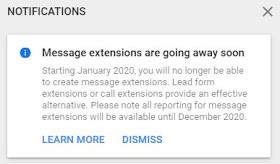 In targeting & Audiences, we get the option to select the location where we want to show ads. And in location options, we get to target or exclude the location.

We get two options in exclusion and both mean the same that the ads will not appear to people who are likely to be located in the areas which you‘ve excluded.

As of September 2019, ended it also took a basic indicator of auction performance with itself.

Bid and your Quality Score indeed determine your Ad Rank, and in turn, determines where your ad lands in the paid search results which determine your ad’s position.

Ad position refers to order, not location. Just because you win the auction and obtain the first position, doesn’t mean that your ad is shown at the top of the SERP; it could be shown underneath the organic results. And when it comes to average position then it fails to tell the whole story.

So, Google decided to retire the metric of average position in favor of the newer, more precise ones that were rolled out with top impression rate, top impression share, etc.

Google officially launched gallery ads which are the combination of intent search with the creation of display. 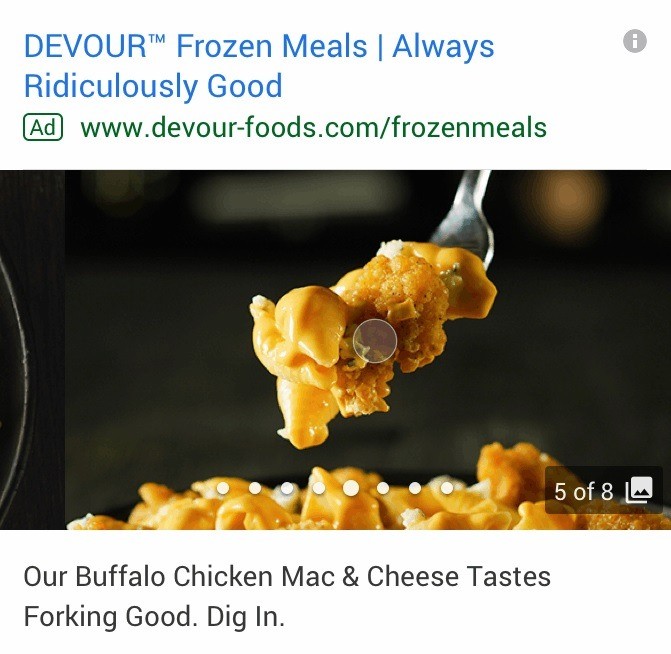 Gallery ads are Swipeable, the image-based ad that appears at the top of SERP. They’re designed to help businesses showcase their brand visually by adding a swipeable carousel of up to 8 unique images.

Each image should be different, have a unique caption, and you can add a call-to-action button at the end of the gallery.

Are Gallery ads going to rule the advertising or a bad ad?

It’s going to rule because the human brain processes image 60,000 times faster than text, and consumers are more likely to retain content that incorporates visual imagery.

The most thrilling announcement given by Google- “Born of the audience expansion tool”.

More same as a Facebook lookalike audience, the audience expansion tool allows you to grow your display ads by reaching to similar users who’re already targeted. Expansion reach can increase impressions, clicks, and conversions without affecting your budget.

Look at an alternative- Spending more and more money at your existing audience and hoping that it does all. Even though this strategy absolutely works from time to time. Also, Facebook has proved that lookalike really works well.

You should try audience tools to increase your reach more to potential users.

The major Google Ads announcement of 2019- accelerated delivery is no longer available in use for search and shopping campaigns. But available for display and video campaigns.

Search and shopping advertisers have the only option of standard delivery in the budget.

Google has updated the destination requirement policy in July 2019, which says that it will disallow advertising for the destination which doesn’t follow app or web policies like google play or chrome developer program policies.

So, ensure that to advertise your app, please make sure you satisfy with Google play policies and for advertising your extension should satisfy with the chrome developer program policies.

9. A renovation in attribution reports

Search attribution in Google Ads renamed as “Attribution” gives you detailed information about the ideas that help people to convert for your business. Every business is different and unique, so reports cover a large range of insights–from ad interactions to conversion, to how much credit is assigned to each interaction along the process.
To make it easier for people to expose these insights well, google is launching a new experience in Google Ads that features a simplified and inborn set of attribution reports.
Get to the most important insights, faster
The new experience can help you quickly understand how customers interact with your marketing throughout the whole purchase cycle, making it easy for you to take action in the areas that are driving good results. Google combined some reports and removed others to help you get the most important insights, faster and easier.
Now attribution reports in Google Ads include:
•Overview
•Top paths
•Path metrics
•Assisted conversions
•Model comparison

10. Promotion of call ads, with an optional website link

Every business is spending more and more money, time, and effort for giving its customers more flexibility in how they easily connect with your business. As we all know how important a call is for business-related with any fields. The managing call flow is challenging for your business if it operating for limited staff and hours.

So, For this problem, Google came up with including the option of “visit website” link with Call-only ads to help your customer connect more effectively with your business. 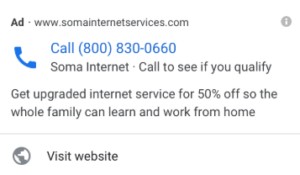 This “visit website” link will upgrade your Call Ads by giving more clear visibility of your business on the search engine result page. By clicking on the “visit website” link on your call ads, your customer will be taken directly on your website. But tapping on the headlines will lead to a call. After implementing this your business will get low fake calls and more qualified leads if your business depends on phone calls for new sales.
In supplementary, you can now attract more customers who might have an interest in just visiting your website, and may not interact with your brand and services previously.
Why thinking more? Start using Call Ads with an optional “visit website” link which includes a final URL.

The only sustained in Google is that it always provides good service to the users. These are the changes already happen in 2019, but we’re sure some other changes will happen throughout the years. So be updated and enjoy all-new ads type.

How To Do Digital Marketing For Virtual Assistant Service?